Is Snoring Ruining Your Sex Life? 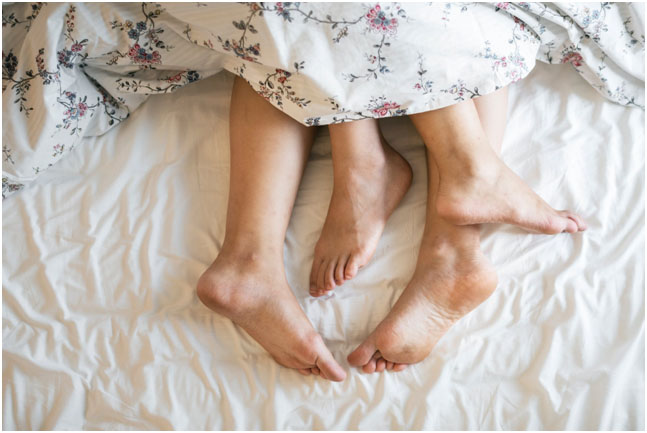 There are two things a bed is great for; sleep and sex. However, snoring can disturb both and ruin bedtime treats for you and your partner.

A lack of sleep not only causes tiredness and makes you cranky, it can also interfere with the emotional and sexual intimacy you experience with your partner.

Snoring can put a serious strain on a relationship. If your partner cannot sleep because of your incessant snoring, frustration and resentment can build up until it explodes.

You will know from experience that a lack of sleep can leave you irritable and less able to manage conflict. Research also indicates disturbed sleep patterns cause couples to be less appreciative and feelings of selfishness emerge.

What does science say about snoring?

Scientific studies show snoring not only creates relationship issues due to sleeplessness, but can also have a negative impact on your sex life.

Severe cases of sleep apnea, characterised by a shortness of breath that disrupts sleep, was linked to sexual dysfunction some time ago.

Researchers now think even mild forms of sleep deprivation such as snoring can affect the sexual drive and enjoyment in middle-aged and elderly men.

A study by a team of doctors at the Mayo Clinic found a correlation between snoring and reduced sexual satisfaction. Although this study did not reveal an association with the biological causes of sexual dysfunction, it is thought there could be a connection.

One of the many side affects of sleep deprivation is the body’s ability to produce testerone, the sex hormone that occurs naturally whilst you sleep.

In order to produce testosterone, the body needs oxygen to process the hormone and sustain a heathy libido.

Because snoring is caused by a blockage in the airways, snorers may not be getting sufficient quantities of oxygen for the brain to instruct the testicles to produce hormones. The consequence of reduced testosterone is a diminished sex drive.

Studies have also shown that reduced levels of testosterone in men is also linked with low energy levels, poor concentration, fatigue and decreased strength, all of which hamper your sex life.

The correlation between men who snore heavily and a loss in sexual urges has also been linked to erectile dysfunction. A medical study in Taiwan showed that 42% of men with sleep apnea were also impotent.

A lack of sleep breeds fatigue and depression which can lead to a problem with penile erection together with other vascular or neurological abnormalities.

When the brain does not receive enough oxygen, it does not send signals to other parts of the body. An insufficient amount of oxygen is a common problem for snorers, and could contribute to erectile dysfunction.

Snoring is known to force couples to sleep in separate rooms. Even in households where this is possible, sleeping apart from your partner will impact your sex life.

For couples that want to sleep in the same bed, the SnoreWizard pillow or mouthpiece prevents snoring – so you and your partner can get a good night’s sleep and enjoy a healthy sex life.